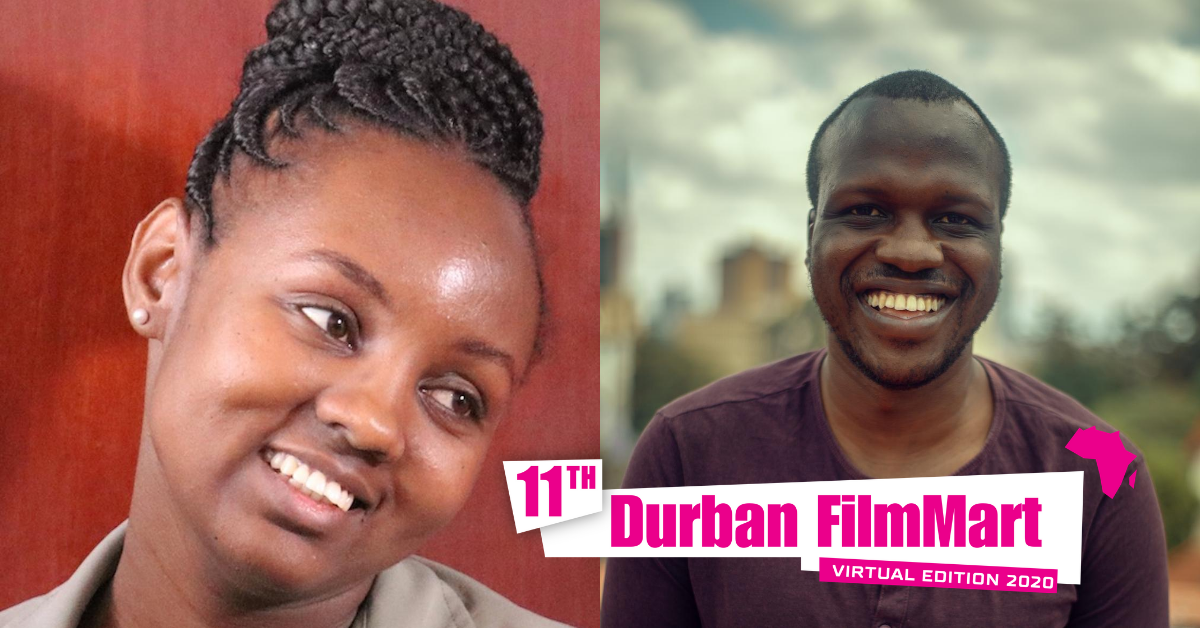 Noella Luka is an award-winning filmmaker from whose documentaries have been shown all over the world. A Spring 2019 Professional Fellows alum, she has produced films about mental health, disability, and climate change, and led a PFP-IDE project about mental health storytelling in Kenya. She is now turning the lens upon herself in an exciting upcoming documentary that shares her own mental health and challenges viewers to reexamine their understanding of mental health issues. The film is called What’s Eating My Mind and has already been presented to film investors and distributors in Africa and around the world.

Noella has decided to go public with her story hoping that it will create more understanding for people like her. What’s Eating My Mind connects her experience to other individuals’ mental health experiences too. It also follows her friend Nick, who dropped out of a Catholic missionary school in Columbia after being diagnosed with schizoaffective disorder. He resolves to tell his family after years of keeping it a secret. Nick, who is also the father of a young child, shares his own powerful story of mental health, parenthood, and the challenges he is navigating.

The film is set to be released in 2021. Earlier this year, it was selected to pitch to a panel of investors, agents, distributors, content editors, broadcasters, and programmers for possible further development at Africa’s largest filmmaking event, the annual Durban FilmMart Pitch Forum. Noella’s film was among a small group chosen from more than 230 films from across Africa, and she looks forward to presenting how Kenyan families are trying to understand what mental health is.

What’s Eating My Mind is also a testament to Noella’s own courage and disability leadership. As she says, “Making this film means I have to turn the camera on myself. That doesn’t make me feel comfortable. I am trying to overcome this fear because I feel sharing it will encourage many to talk about mental illness in my country.”

The film is directed by Noella Luka and produced by Sam Soko whose film “Softie” has been nominated as Best Documentary Feature in the 2021 Oscars among many other accolades.

In What’s Eating My Mind, Noella, one of Kenya’s most innovative young filmmakers, shares her personal story boldly to inspire change. In 2016, After years of working in the Kenyan media space, Noella had a dream to study documentary filmmaking and pursued a Master’s in Fine Arts in the United States. Then, as Noella notes, “my mind started changing. At first, it was dreams, phone calls I didn’t remember making, and bouts of memory loss.” She never thought of it much until she experienced a blackout and woke up in a psychiatric hospital, and returned home to Kenya to piece together what happened. She started documenting her journey with simple phone video diaries and a camera, ultimately leading to this film.

For the last two years, Noella has collected nuggets of information where can and records what she can remember whenever a new memory surfaces in order to shine a light on what happened and why. Her parents want to be supportive, but they too are unsure of what all this means. What’s Eating My Mind dives into how Noella’s journey through all of this.