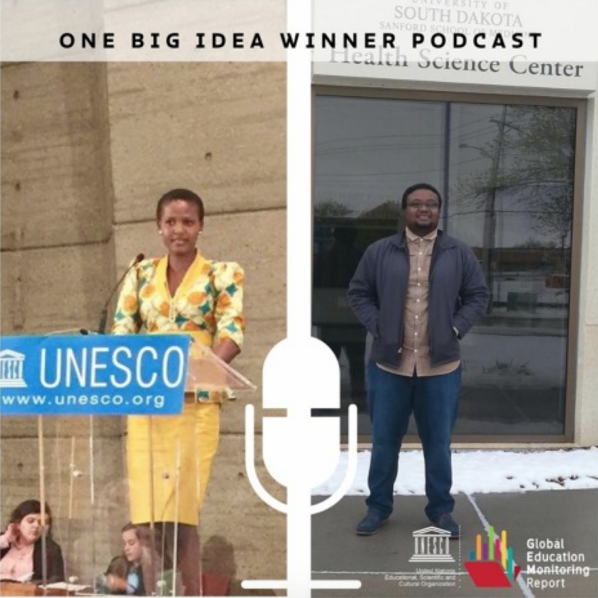 Professional Fellows (ADA Fellowship) alumnus Goodluck Chanyika has been selected as the winner of the UNESCO One Big Idea Contest on Inclusion and Education. The contest, which is sponsored by the United Nations Educational, Scientific and Cultural Organization (UNESCO), sought ideas on how to achieve inclusion in education by 2030, and Goodluck’s submission was chosen as the best of all applicants throughout the world. Goodluck hails from Moshi, Tanzania and spent his Professional Fellows experience at the University of South Dakota Center on Disabilities (South Dakota UCEDD) in Spring 2017. He leads the Jumuisha Tanzania Initiative, an NGO that provides virtual professional development tools to teachers throughout Tanzania.

Goodluck has a long record of innovation in inclusive education. He leads the Jumuisha Tanzania Initiative, an NGO that provides an online library and learning network with inclusive education resources and trainings for teachers throughout Tanzania. Goodluck created Jumuisha (which means “”to include” in Swahili) after observing resource-sharing networks and disability models at the South Dakota UCEDD during his ADA International Fellowship on Inclusive Education in 2017. He set up the framework that led to Jumuisha with support and guidance from Dr. Wendy Parent-Johnson, former executive director of the South Dakota UCEDD and current executive director of the Arizona UCEDD. Dr. Parent-Johnson worked with Goodluck in Tanzania in 2018 and Goodluck has since received awards for creating Jumuisha from the African Union and the African Disability Rights Conference.

Listen to Goodluck discuss his idea on the UNESCO podcast: